OK
Configure
No, thanks
Close

Come and enjoy the “Holy Week” parades, a tradition of French Catalonia that goes back more than six centuries and takes place every year in Collioure, Arles-sur-Tech, Bouleternère, Elne and other places. The most famous one is in the streets of Perpignan.

Every year on Good Friday, the city of Perpignan hosts a parade during which a succession of strange characters who surprise spectators who are unfamiliar with the Sanch parade which is a part of Catalonian custom that is not to be missed.

During the 16th century, a task of the Dominican monks was to accompany condemned prisoners to their execution... Their purpose was to protect them from being lynched by the crowd and to ensure they received a religious burial.

Every year, this amazing and spectacular parade attracts an enthusiastic crowd of over 10,000 people. 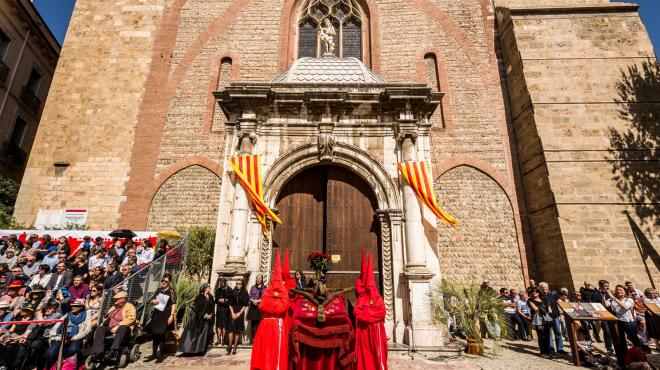 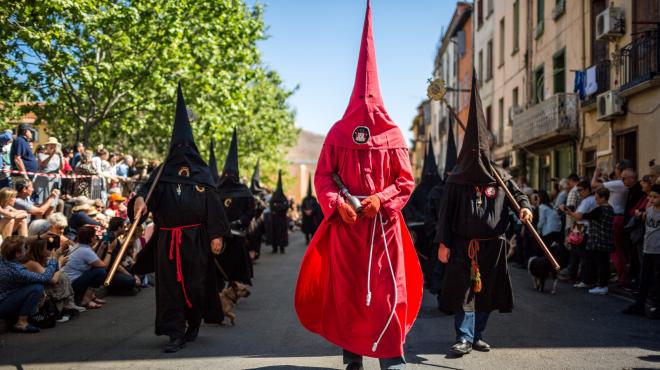 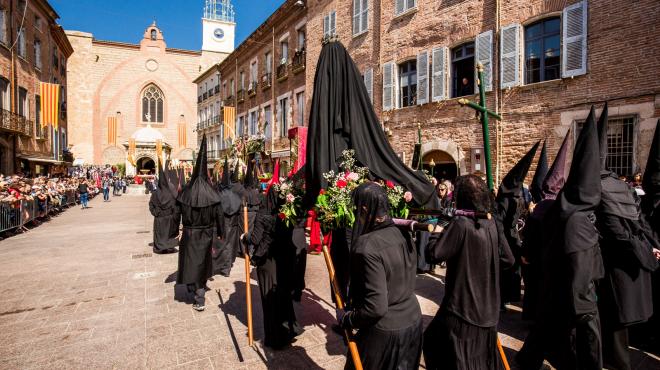 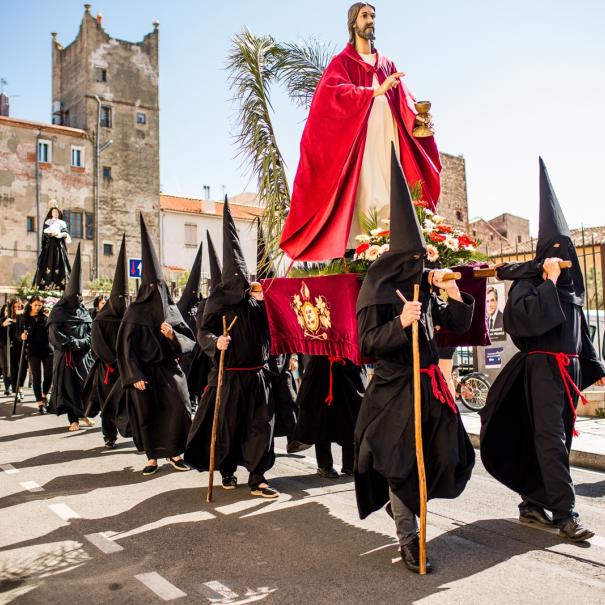 The Procession de la Sanch is much more than a mere parade, it is an event that symbolises the Stations of the Cross that led Jesus Christ to his crucifixion.

On their shoulders, the penitents carry heavy misteris, life-size representations of the stations of the cross, weighing several hundred kilos, if you please!

Whether it’s done through curiosity or devotion, you can only admire the beauty of the misteris and the courage of the penitents who parade slowly, sometimes barefoot, faltering under the effort. 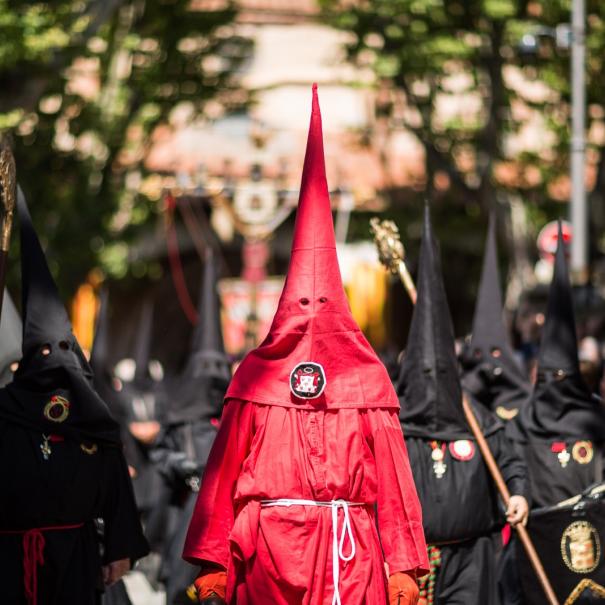 As living symbols of the Procession de la Sanche, the penitents take centre stage at the parade.

Dressed in their black and red tunics, they stand out with their traditional Caperutxa, a conic headpiece that covers the head and face..

The Scapular, an object of devotion made of felt, and the corded belt are two other distinctive features of the penitent’s costume. 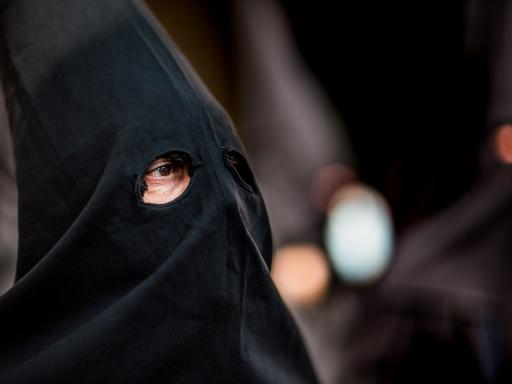 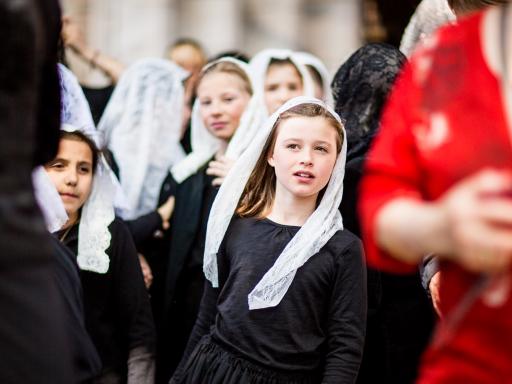 An authentic moment of fervour and contemplation

Drift to the sound of religious singing and beating drums and let the atmosphere of the parade carry you away...  Whatever your religion, and even if you don’t have one, the Procession de la Sanch is a very special event that triggers emotions in everyone!