Palace of the Kings of Majorca,

OK
Configure
No, thanks
Close

Invade the Palace of the Kings of Majorca!

If there’s one monument you must not miss during your stay in Perpignan, it’s the Palace of the Kings of Majorca located in the heart of the town. Enter this fortress, a listed historic monument since 1935, and spend the afternoon in the 13th century!

To find the Palace of the Kings of Majorca, formerly known as the Château de Perpignan, head for the Puig Del Rei, the hill that dominates the Roussillon plain.

To understand the palace’s history, you must return to the 13th century and the era of Jacques II, King of Majorca, Count of Roussillon and Cerdagne, and Lord of Montpellier. He had the château built in 1274 when he decided that Perpignan was to be the continental capital of the kingdom of Majorca. As you’ve gathered, this palace did not originally belong to the French! It was only after wars and struggles between the kingdoms of France, Castile and Aragon that it became French territory,when the Treaty of the Pyrenees was signed.

This helps us to understand the important role played by Perpignan, in economic, political and cultural terms, during the middle ages when the Mediterranean was often considered as a Catalonian lake. Finally, we should mention the first geographical atlas and the first maritime law drafted by the Catalonians.

See the webcam of the Palace of the kings of Majorca 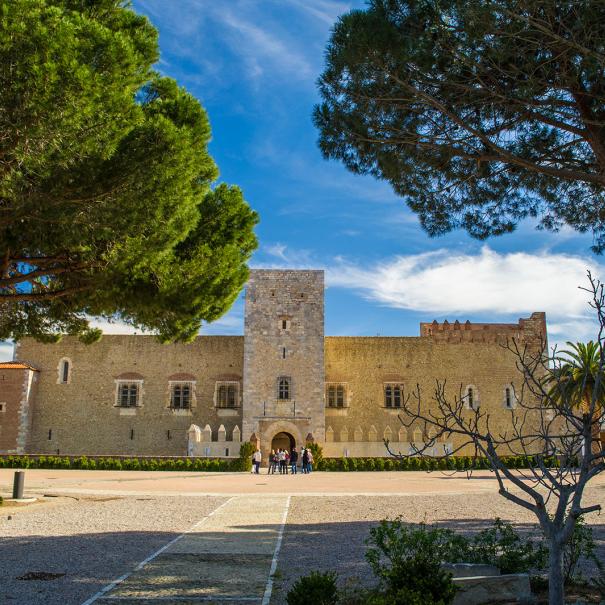 A tour of the royal palace exterior: architectural heritage

At the foot of the monument, don’t forget to look at the magnificent architectural detail of this palace. Constructed initially for the King of Majorca and fortified by Louis XI, Charles Quint and finally Vauban, this monument will appeal to lovers of Gothic and military art! The guides will tell you that the construction of the palace began in Romanesque style and ended with a Gothic touch.

Once through the citadel gates, you’ll discover the vast medieval château. With its central courtyard, wells, arches, steps and high stone walls... the setting makes you want to play at knights! In summer, the courtyard comes to life with shows of all kinds while the apartments become showrooms displaying the creations of artists and designers! 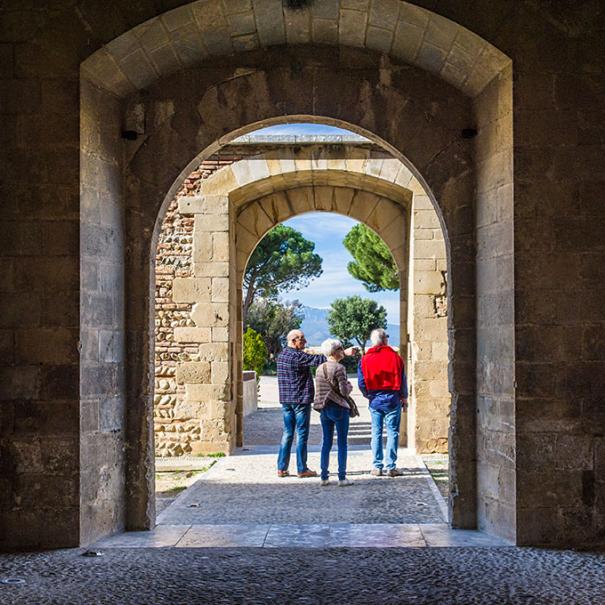 Guided tour at the Palace of the Kings of Majorca!

Inside the royal palace, a thousand and one stories are waiting to be told. The King’s dining room, the great banquet hall, the King’s and Queen’s chambers, the Sainte Croix chapel, the royal apartments, the queen’s galleries, etc.

Go with the flow of the anecdotes on a guided tour which is available every day and suitable for all ages. Finish your visit by climbing the steps of the homage tower.

From the top, you can enjoy the breathtaking view over the plains of Roussillon, the Pyrenees and the Pic du Canigou! 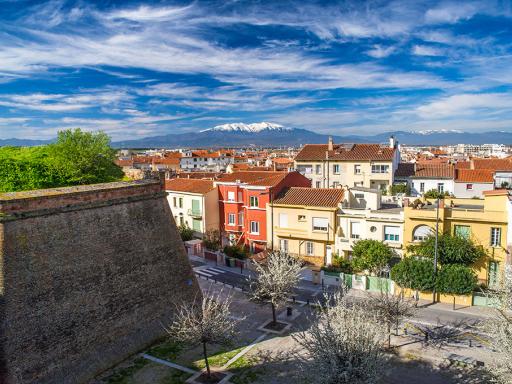 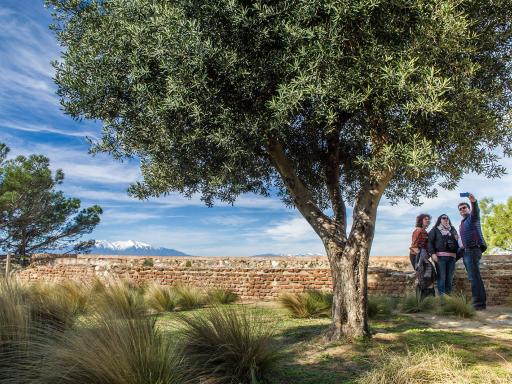 Photo souvenir of your day out

For this, you absolutely must visit the gardens full of Mediterranean plants, inside the fortress enclosure. Located above the ramparts on two levels, this is the ideal place to wander freely, admiring nature and the stunning panoramic view!